Buying a bag of dog food isn’t a big deal, if you’ve got a dog and a budget that allows you to look after your friend without making harsh choices about who’s going to get to eat in your household this week.  From the sales figures, most pet owners don’t have that misfortune, pet product sales being one of the most recession-proof industries in the last few years.  The figures aren’t all about dog food, either.  They include all the accessories you can possibly imagine, and unless you’re a dog owner, quite a few that you possibly can’t.  For many of us, our dogs are a major focus of our discretionary spending.
I never thought much about dog food until my young dog threw us a curve ball with his first grand mal seizure in the middle of a long night last winter.  After tests, our vet concluded that Raven has idiopathic epilepsy. At least he’s just a dog, as much as we love him, and not another human being.  For one thing, he only falls over from a height of two feet, not far enough to risk serious injury, and his thick fur helps pad the impact.  His life will not suddenly become much more difficult because he can’t drive a car, and he seems unburdened by the knowledge that he could unpredictably suffer another episode, something human epileptics must accept.  He’s still the same happy-go-lucky sweet goofball he’s always been, most of the time.  But each seizure is still a scary mess, and not something anyone would care to deal with if they don’t have to. 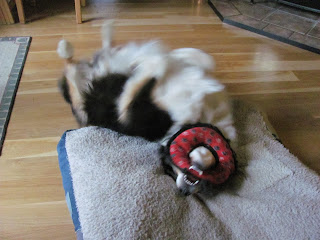 I did some research, quickly learning that there is no consensus on how to best manage this condition other than with medication, which often doesn’t work.  Among the many tips unsubstantiated by any scientific research was the suggestion that feeding a high-protein diet without preservatives might alleveiate the seizures.  Diet changes had reportedly helped reduce seizures in children.  The lack of consensus in managing this disease may stem from the fact that lots of malfunctions in the brain lead to seizures; not knowing the exact cause, some cautious experimentation seemed in order.
This led to a trip to the local high-quality pet store.  I faced an entire wall of dog kibble, nothing compared to what I’d face at PetsMart but enough to be overwhelming.  After squinting at a half-dozen ingredients labels printed in size-three font, I sought the help of one of the store personnel, who in my experience have been pretty knowledgeable about what they sell.  I explained what I needed to an earnest young woman wearing round wire-rim glasses.
She pointed me to a bag of kibble that not only contained the requisite high protein content and no preservatives, it was made with regional meats including salmon, wild boar, and bison.  It cost $80 for a 30-pound bag.  They’re human-grade ingredients, the young woman at the store told me proudly.  Your dog will love it, she said.

I’m sure he would.
We choose to share our lives with animals, and the benefits can be legion.  Part of the compact we make in return for their love is food, water and shelter.  Dogs happen to be carnivores, and although it is possible to feed a generalist carnivore like the domestic dog a diet made up of protein that is not meat-based, it is not easy and mostly not recommended.  My dog may eat more meat in a month than I have in my entire adult life. 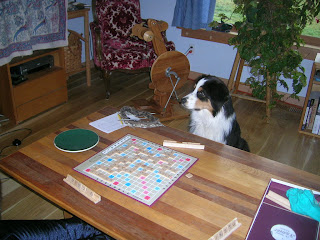 ]
I struggled to explain that even without the sticker shock, I couldn’t feed my dog this food in a world that is rapidly becoming ever more crowded with people, with fewer resources to go around.  A lot of pet food is made from the scraps that those of us who can afford to be picky would prefer not to eat; in any case, the industrial food system pretty much renders them inedible to people and marginally edible for pets.  Feeding a dog is not necessarily synonymous with starving a person.  A bag of dog food doesn’t represent much against world hunger in any real sense.  Reformulating the entire company’s line of dog food into something not only human grade but human palatable wouldn’t make much of a dent.  However, even very small acts can build to major consequences.  And something within me balked at feeding my dog the flesh of a fish swimming against extinction in much of the .
Let the fish stay wild in the rivers.  I don’t like my dog eating the waste from the slaughterhouse floor and a staggering list of preservatives whose chemical names I can barely pronounce, but there has to be a middle ground, somewhere.  There has to be a way to restore some sanity to a world where the affordable food may not be safe or nutritious, and the safe food is the prerogative mostly of the obsessed or the wealthy.  Unfortunately the problem isn’t just limited to pet food, or pet ownership.
That led to a second dilemma for me, as I had to ask myself how much of my income I was willing to spend on my dog, and therefore not on helping other people.  The bills associated with owning my dog have soared, with twice-daily medications, regular blood tests, a somewhat less fancy but high-quality kibble, and other expenses.  There’s less money to donate to the food bank, the animal shelter, or to conservation. 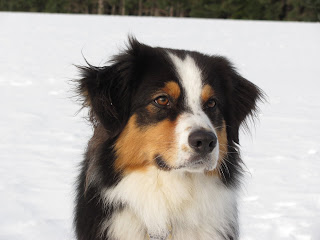 Raven is not aware of issues of social justice, let alone concerned about them.  That’s not why we invite dogs into our households.  They’re there to give love, make us laugh, and maybe to offer us the opportunity to express the best parts of ourselves now and then.  These needs fall right behind the basic need of being fed.  Hopefully the people around us meet these needs, but it doesn’t always work that way, and many of us just find great joy in our relationships with our animals.  Those relationships are clearly worth a great deal, but how do we balance the choices with the obligations we hold to each other, let alone the other beings on this planet?
How will we navigate a world where increasing scarcity may force even more choices between who eats and who does not, where the shortages are not just political?  What exactly should go into a bag of dog food?
Posted by Jennifer Gervais at 9:14 AM

Email ThisBlogThis!Share to TwitterShare to FacebookShare to Pinterest
Labels: ethics