We were trying to herd the sheep into their small three-sided shelter one evening recently, so we could worm the ewes and trim hooves.  It always amazes me how good animals are at reading human body language; they often seem to know what we're up to before we even know ourselves.  Somehow, when the order of business switches from feeding them to moving them around, the sheep recognize it instantly, and they are not always on board with the agenda. They weren't on board this time, behaving as if we were driving them into a dragon's den.

Part of the problem is that sheep really don't like going from bright light into a dark space where they can't see well.  Individually, they enter this shelter on their own all the time, but being pushed as a group made a significant difference in their willingness to enter when we were pressuring them.  Time and again we almost got the lead ewe through the wooden gate, and at the last second she dodged aside, the younger ewes and the lambs quickly following her lead to the far end of the field.  This went on until the light softened with the setting sun, reducing the contrast of the dark interior of the shed.  The old ewe finally decided that it wasn't so frightening in there after all, and led the flock inside. 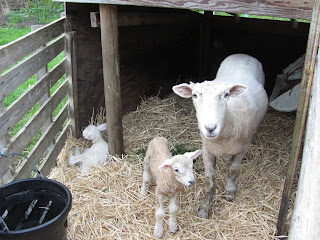 Taking the risk of going forward isn't always easy, even if you're a human.

We're facing an unprecedented global environmental crisis because we've modified the atmospheric chemistry enough to begin raising global temperature.  The science behind this fact is well established; the devil is, as usual, in the details.  We don't know precisely at what point increasing carbon dioxide concentrations may begin to force positive feedback loops, whereby the rate of warming is increased still faster.  We do know that this could happen when the frozen methane hydrates in the high-latitude ocean sediments and in the tundra's permafrost begin to melt, releasing large volumes of methane.  Methane is a potent greenhouse gas.

We know that even the deep ocean is warming rapidly.  We don't understand how exactly that will alter ocean currents, or how quickly warmer water will begin releasing the frozen methane in marine sediments, or breaking the ice dams that have stabilized some of the world's largest ice sheets by slowing their entry into the seas. We don't know at what point melting ice sheets will reach a point of no return, where nothing we do could stop the enormous volume of glacial water from pouring into the oceans.  We know from the paleoclimate record that sea level has risen in the past as much as a meter in a quarter century.  We just don't quite understand the exact conditions that would be needed to trigger an event like that again.

But we can guess that we may be getting close.

These are enormous facts, dark facts, rooted in a past most of us cannot imagine and extending into a future that we cannot see, even though that future may be only a few decades away.  Facts fail to resonate with most of us, leaving them in the realm of simply facts, hard-edged, immutable, and seemingly irrelevant to the impulses and instincts that drive most of our behavior.  What does it take to make these inert facts part of our living consciousness?

I wonder if part of the problem is that we don't run forward into the utter unknown very well.  For the vast majority of our evolutionary history, not launching off into the abyss was probably very wise; you take those sorts of risks only when going back or staying where you are is absolutely untenable.  Pushed hard enough, the unknown ahead is less horrific than what you know is behind you, and then you jump.  The trick is recognizing when you are truly at the point of jumping or being pushed, that instant between having some mastery over your fate and losing any hope of control. 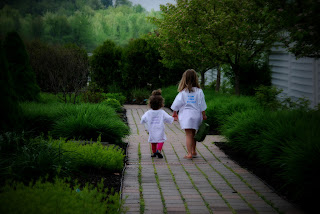 We may actually be at one of those tipping points, where we could manage to make our planet's climate very difficult for human civilization to persist, at least as we've known it for the last few centuries.  Are we able to perceive that we may have no choice but to accept the fact that the way of life we know now cannot continue, and we can choose, or not choose, to consciously guide its transformation?

Beyond any other species that has ever existed on Earth, we have the capacity to imagine future states and plan out the actions needed to achieve them.  I wonder if our apparent inertia in the face of an increasingly dire body of scientific evidence isn't rooted in two paradoxes.  The first is that although we are intelligent enough to create civilizations that ultimately threaten our own life-support systems, and even to realize it, we seem unable to emotionally grasp and process the enormity of the danger we collectively face.  Rational choice requires emotional roots.  Can an incipient catastrophe carry sufficient emotional weight, or do we have to live through it first?

The second paradox lies in the fact that despite our technological prowess and extraordinary cultural and social diversity as a species, we  appear unable to imagine any other world, any other set of human societies, than the ones we currently know.  So we are caught, unable to emotionally respond to the danger that our current position threatens, and unable to imagine a future different from the present, one that is worth risking the unknown to achieve.  Both block proactive planning and execution of those plans.

Imagine first the world you would like to live in, or the one you would like to bequeath to those who follow you.  What things and beings, tangible or intangible, would this world have in it?  If you listed them all out, how many of them deal with the roots of survival and of happiness, versus the trappings of our civilized lives that bring as much stress or ambivalence as they do real value?  What aspects of our society are most necessary to achieve those core needs?  If no one steps forward to lead us all, how can each of us fill that leadership void, in our own communities, in our own individual way?  How will we break the impasse, and will we manage to get in front of the wave of changes we've unleashed, or allow it to utterly overwhelm us? 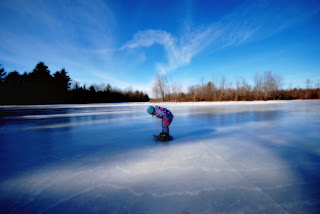 Posted by Jennifer Gervais at 8:27 AM